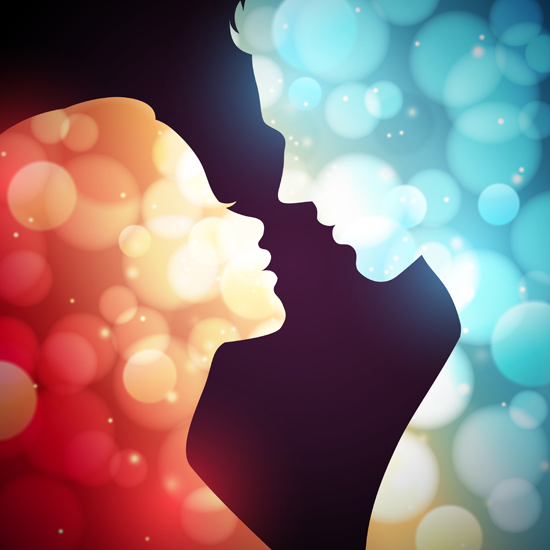 We often think of being more of a “man” or being more “feminine” in terms societal stereotypes, but what if your gender development also depended on how you related to the opposite gender in the world and inside you? To be more specific, consider the Gender Development based on the way a male related to females, whether as mommy, as sex object, as wife, as his inspiration to better himself or as equal partner was also a marker of a male’s gender development. And of course a similar but opposite dynamic of Gender Development would apply to a woman in the way she related to males, beginning as alien outsider, as daddy, as her hero, as independent beings, and ultimately as equal partners. Author Martin Ucik, thoroughly outlines these stages of Gender Development (for heterosexual relationships) based upon the degree to which a person has integrated the opposite gender with inside of herself or himself (which incorporates the anima/animus complex proposed by Carl Jung). This does not advocate gender neutrality or loss of sexual polarity, but rather the integration of the previously disowned “opposite gender” which can actually help people be more centered in their natural gender essence and create more conscious sexual polarity. The essence of this brilliant 5 stage Gender Development model is summarized next and described in more detail below that.

1. Women as Mother – as the projected image of mother

-mama’s boy; needs mommy to care for him; provider of nourishment, security, love

-prey for exploitation & control by her; limited sexual desire or impotence

2. Women as Sex Object – he desires her to make him feel good

-sees all women as sex objects; uses women as objects for personal pleasure and does not respect

3. Women as Wife – he wants her loyalty & support as wife

-man is ready to care for wife & devoted to family

-sexuality usually integrated into relationship rather than autonomous driving force

4. Women as inspiration to Development & Awakening – she is a guide to his inner life

-quest for purpose & spirituality: “who am I” “why am I here” “what should I do” “what is meaning of life”

5. Women as Equal Partner – he meets her as an opposite & equal partner

-he has found his own purposeful identity that does not rely on her love, inspiration, approval

-he shows empathy, care, support when she is unhappy but doesn’t feel responsibility, insecurity, or shame

-feels confident, secure, comfortable to express his masculine sexual essence while he embraces his feminine aspect; allows him to invite differing views from partner without denigrating or feeling threatened

-accepts that conflicts & ambivalence are inherent to human relationships though resolution contributes to ongoing healing, personal growth, and spiritual realization

1. Men as Alien Outsider – she fears-hates-loves him (denies & suppressed animus as alien inside & outside herself)

-seduce & withhold syndrome: she seduces then when he gets close she withdraws, then she approaches to ask for more when he becomes distant

-domain is household, family, female oriented work (can seem confident in that domain) but leaves anything outside of that to men & more mature women

TRANSITION: heal previous male transgressions; often there was a childhood abuse or abandonment by a man

2. Men as Father/God/King – she wants his approval: her self-esteem directly linked to response from men

-needs to be seen as most attractive female; monitors her value by internalized judgment & thru externalized male reflection

-gravitates toward men she perceives as more attractive, intelligent, successful than she could be

3. Men as Hero – she wants him to take care of her

-views man as protector & provider w/ strength, courage & ability: he can meet her needs, cherish her, marry her

-she may function well in a competitive male world, share responsibilities, contribute as an equal

-she wants to marry up to fulfill expectations for social status; her devotion & self-sacrificing support his success can lead to feelings of resentment for denying her own potential

TRANSITION: may enter an inward journey once become aware of her transitory physical attractiveness, ability to succeed with men, and limitations of finding acceptance in male world

4. Men as Independent Beings –she wants her independence & feminine authority

-can break from conventional roles of caring mother, show tough love, or feel fulfilled outside partnership with a man

-she becomes emotionally free from his approval & support having discovered her own worthiness & foundation: may feel free from evaluation & needs of men for first time in her life

-complains about a lack of good men: can become men-hating diehard singles, “friends with benefits”, or serial monogamists

-can still feel deeper fear of abandonment or diminishment of skill as well as secret longing for stability & support of partnership during times of stress, fatigue, loneliness, or desire for sex that leads to ambivalence

TRANSITION: realize attempt to go it alone is limited; we are always in relation; we have human needs (economic, physical, sexual, emotional)

MALE Note: nothing you can do: care for self emotionally, protect assets, support her with love & compassion in her transition

5. Men as Equal Partners – she wants him as an opposite & equal partner

-having fully claimed her own authority after transcending animus complex, no longer sees men as foreign, superior, inferior, or independent

-realization balanced personality develops in a self-other conception, never thru discovery of independent self