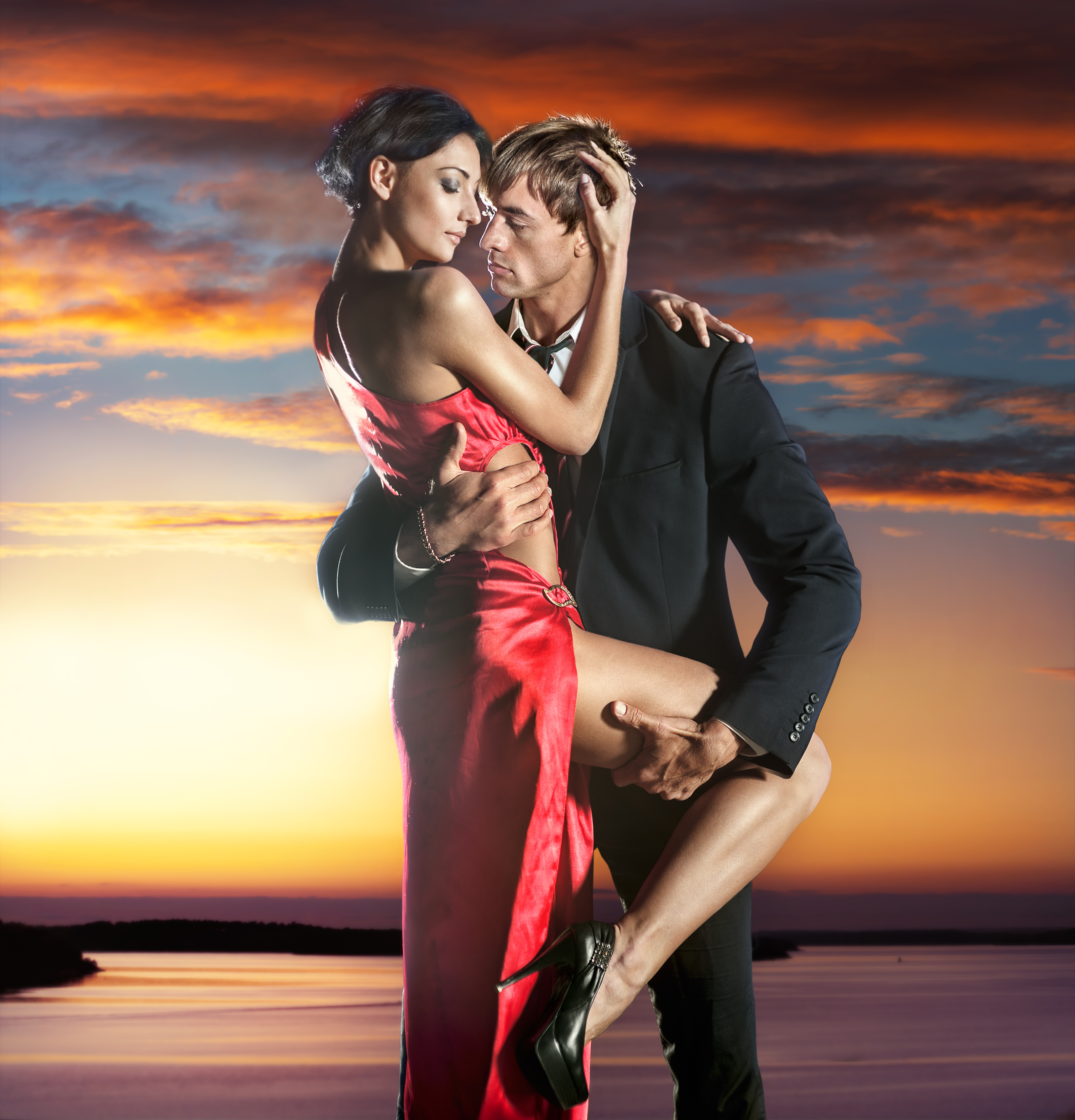 SEXUAL POLARITY: the inherent masculine and feminine polar forces are an inherent part of our world as they animate our fundamental drives in life and provide the magnetism of epic relational passion. Just like with the electromagnetic polarity of a metal prongs of an electrical cord conducting electricity from an electrical outlet, of the magnetism between the Earths north and south poles, sexual polarity also requires the magnetic energy created by the attraction of two polarized energies: masculine and feminine gender polarity. Before we continue further, let us draw some distinctions between this essential sexual polarity of life.

IDENTITY (man & woman): ways of being based on beliefs, meaning-making & socially constructed concepts

Biologically most of us are born with either male or female sex organs—except in very rare cases of true hermaphroditism, in which an individual is born with ovarian and testicular tissue, known as ovotesticular disorder of sex development. Besides these exceptions, the majority of humans have varying hormone levels of testosterone and estrogen which tend to correspond with biology (male & female) but are significantly affected by diet and lifestyle. Now as science and medicine are increasingly understanding the dynamic range of human hormonal systems, males or females who chose to have a biological sex change operation can use hormones to enhance the biological changes. Nonetheless there are distinct biological differences in male and female—in this regard we are equal yet different.   Biology does not necessarily have to relate to energetic sexual polarity.

Identity is the aspect of gender dynamics that is perhaps the most controversial and requires extra caution and clarity, because it is the most enculturated and mentally constructed (i.e. made up). What it means to be a “man” or “woman” is made up based on cultural stereotypes of tendencies. For example, to say that a man can’t wear pink or boys don’t cry, are not biological facts of life, but rather social beliefs that are made up. A male or female can wear whatever color they want and both genders feel emotion and can cry as a method of release although neurologically the female brain is wired to experience greater emotional intensity. So here in the subject of emotionality we have to be very clear and distinguish science from stereotype and cultural norms. Yes, the female brain experiences emotion with more intensity, but both genders are biologically (male & female) wired as humans to experience emotions. To further emphasize the influence of cultural beliefs and unspoken rules, compare the allowable emotionality of someone from a Latin culture (male or female) to someone from an Asian culture (male or female). Identity does not necessarily have to relate to energetic sexual polarity.

In other words, each of us lives somewhere on this sexual polarity spectrum and one of these energies of gender polarity that tends to instinctively animate us more of the time. As a general example, a male could have 80% masculine / 20% feminine sexual essence, while another male could have a 40% masculine / 60% feminine sexual essence. This sexual essence, although it is usually closely related to gender, is technically not the same because a male could have a more feminine essence or vice versa a female could have a more masculine core energy. Gay males and lesbian female illustrate this very clearly because, as we will get into attraction later, even in a homosexual relationship partner usually animates the initiatory masculine energy while the other inhabits the more receptive feminine pole if the relationship has passion via energetic gender polarity regardless of gender biology. The following chart illustrates some of the essential masculine and feminine human qualities:

An interesting experiment related to gender and sexual polarity is to put a group of males of different ages and cultures together in a room with no instructions and observe what happens. And likewise to put a group of diverse females in a room together. Obviously personalities, ages, generations, culture, socio-economic class, etc. all combine to influence ways of being, but there is still an essential difference, a distinct energetic difference arises in the two separate rooms. Then the two groups return to the larger room while staying on their respective sides and the arch of polar attraction between the pairs of opposites ensues. The masculine energy that gets concentrated in the males regardless of age or culture tend to maintain more freedom and autonomy, decides to work towards a goal or organizing principle and if they are playful tend to do so competitively engaging either their intellects in discussion or physicality in movement or sport. The females by contrast with an increased concentration of feminine energy usually end up orienting to connection and touch perhaps in caring, grooming, massaging, and snuggling with each other or expression of movement, dancing, singing or other artist expression might spontaneously arise. These females would be more likely to be flowing than organized hierarchically or directed to a purpose or intended agenda. Their dialogue would tend to be more about love, relationships, connection, beauty, care, etc. whether about themselves, their families, communities or the world. I have been a participant in this on several occasions, as well as facilitated this experiment several times and the scenario allows the essential masculine and feminine energetic qualities beyond biology or identity, to strengthen in isolation together. So as it relates to presence, we pay more attention to the direct masculine & feminine energetics of sexual polarity expressing themselves in as momentary exchange than the mental or socially constructed concepts of “what it means” to be a man or woman.

David Deida powerfully and poetically elucidates these sexual polarity concepts in his book The Way of the Superior Man:

“Your sexual essence is your sexual core. If you have a more masculine sexual essence, you would, of course, enjoy staying home and playing with the kids, but, deep down, you are driven by a sense of mission. You may not know your mission, but unless you discover this deep purpose and live it fully, your life will feel empty at its core, even if your intimate relationship and family life are full of love. If you have a more feminine sexual essence, your professional life may be incredibly successful, but your core won’t be fulfilled unless love is flowing fully in your family or intimate life. The “mission” or the search for freedom is the priority of the masculine, whereas the search for love is the priority of the feminine. This is why people with masculine essences would rather watch a football game or boxing match on TV than a love story. Sports are all about achieving freedom, such as by breaking free of your opponent’s tackle or barrage of punches, and about succeeding at your mission, by carrying the ball into the end zone or remaining standing after 10 rounds. For the masculine, mission, competition, and putting it all on the line (indeed, facing death), are all forms of ecstasy. Witness the masculine popularity of war stories, dangerous heroism, and sports playoffs. But, for the feminine, the search for love touches the core. Whether on soap operas, in love stories, or talking with friends about relationships, the desire for love is what appears in feminine forms of entertainment. The feminine wants to be filled with love, and if the bliss of real love is not forthcoming, chocolate and ice cream—or a good romantic drama—will do. The masculine wants to feel the bliss of a life lived at the edge, and if he doesn’t have the balls to do it himself, he’ll watch it on TV, in sporting events and cop shows. Even happy and fulfilled men and women find it enjoyable to watch sports and eat ice cream, of course. I am just trying to make a point: even though all people have both masculine and feminine qualities that they could use in any moment—to kick corporate ass or nurture children, for instance—most men and women also have a more masculine or feminine core. And this shows up in their regularly chosen entertainments, as much as in their preferred sexual play.”

Attraction occurs with energetic charge the sexual polarity of opposites. So not only are masculine and feminine energies essential life energies to expressed and experienced in world, but sexual polarity is main energetic force that ignites the passionate flow of sexual attraction that arcs between masculine and feminine poles in romantic relationship. In electricity example, the electrical charge of energy is conducted the “masculine” pronged plug is inserted into the “feminine” receptive outlet. Two masculine plugs can hang out together but they don’t create sexual polarity and most of time you would probably find them engaging in masculine drives. Gender essence alone does not create polarized sexual attraction, because that requires reciprocal opposite sexual polarity energy. However, being aware your essence rests on spectrum helps you understand just one important dimension of “attraction” to others.

The open-hearted love and connection in relationship (whether romantic, friendship or familial) are distinct the polarizing sexual energy of attraction. The sexual polarity often dampened in longer term relationships, primarily due to lack of awareness amongst the couple of energetic polarity dynamic, as well as cultivate and turn it. The open-hearted love maybe strong and the couple may play house well together, but if want dynamic thriving relationship is important to aware of & cultivate arc of sexual attraction created by masculine and feminine polarities. (Of course there are numerous other factors including closed hearts, low emotional intimacy, unresolved transgressions or resentments, as well as avoidance of true closeness and connection, etc). The take home message is two polarizing opposite energies, in addition to loving heart connection and emotional intimacy, are create the passionate energy of sexual polarity attraction in romantic relationship.